A 30 min consultation session with Shanell to review your work in a face to face video session via skype.

Once purchased, a follow up email will be sent to you with further details for your session.

After review, those that are highly rated by Shanell will get the chance to collaborate with active professionals in the music industry.

More information is below under “Description”

***All booking times are in United States, EST.

***A Skype Account is required for the video consultation.

Shanell is a professional singer, songwriter and dancer that can offer valuable feedback to up and coming singers, songwriters, dancers and producers in the music industry. As the R&B fusion Gypsy of Universal/Republic’s Young Money label, Shanell aka SNL is the label’s triple threat and can be considered their best kept secret. The singer/songwriter, dancer and actress made major headway in her career independently before signing with Young Money, catching the attention of Cash Money artist Lil Wayne as he was in the beginning stages of creating his own branch within the company.

As a professionally trained dancer, Shanell began her professional career journey as a tour/backup dancer and choreographer for a laundry list of top artists. Shanell quickly transformed from strictly a dance profession to a well-known songwriter. It wasn’t long after that she found herself writing for the top artists alongside heavy hitting producers, making a name for herself in the music industry as the “girl with the crazy pen game”. When she was ready to make the transition to being a singer, she caught the eye of Lil Wayne after he saw Shanell in her artistic element and she was invited to complete the team of stars set to launch Young Money entertainment.

While the roster started taking off on mainstream radio, Shanell wore one of her many hats; choreographing and artistically directing Young Money’s performances, videos and world tours from 2008-2013 and writing a majority of Lil Wayne’s “Rebirth” album. Shanell is also credited with writing songs that can be found on Chris Brown, NeYo, Melanie Fiona, Kelis and Danity Kane’s studio releases.

There are no reviews yet. 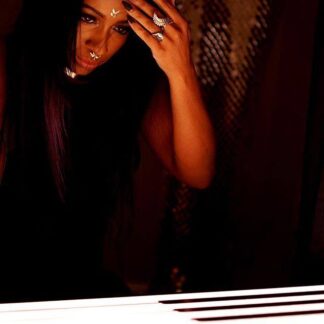